The ReAl Keys To Be Free From Darkness 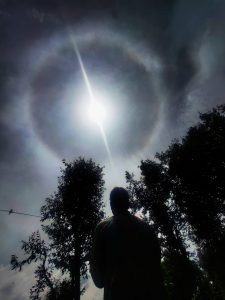 “moon in aquarius in shatabhisha…..”
may this moon bring the light of celestial knowledge and the shatabhisha heal the spirit to raise above the mud, just like lotus…..

time on earth is running faster for the beings, to wake up and face the reality than just going with the enslaved spiritual ways which are propagated by the controllers to keep beings away from the real exoterism, esoterism and neo-terism…..truth shall remain out in the open and beings can continue to fool their-selves by doing whatever or speaking whatever or living in whatever way….. today, the beings on earth needs to find a way for their-selves which shall help them redeem their sol from this earthly prison and that’s only possible when one learns to un-lock their true potential, reaching onto the highest stage of their vitality and by the continuous efforts of disciplining oneself so that one remains free from the effects of time (kaal), which has time & again dragged beings into the darkness, hence, keeping them as a slave into this earthly reality…..

there are three keys which the beings are given to reach onto the point where they can actually redeem their sol from this reality and the ancient mysticism & okultism had been speaking about it very clearly about it…..since, the spirituality which is the only way of free living and the only purpose for a spirit, but, this whole spiritual kulture had been enslaved, corrupted and conned by the devil system by bringing in he new ageing…..

“new ageing is a curse, as it shall no spirit anywhere…..”

before one learns about the three keys which can lead a spirit to a point of redemption of ones sol from this reality, a being must learn the very first lesson of the mysticism….. and, that’s “individualization”….. which means to know that it’s an individual matrix play, you are born alone, you leave your body alone, you alone has to do it for yourself, no one else can/will do it for you…..

untill being learns to think individually and take individual decisions, they must know, they shall always be kept in the eternal loop of time and they shall continue live in the earthly reality untill, the loop of the earthly matrix is broken for one-self….. and, at this time on earth, when the plandemic is being played around spirits to trap them for eternity, weaker spirits shall be washed out from the total play and only few ones shall remain free who will pass the acid tests of these testing time on earth…..so, beings must learn to decide for oneself and wake upto what exactly is happening on this land than just going into mass hearsays and living shallow, talking shallow and reaching no where…..because, “the materiality which beings consider today, shall end abruptly…..” leaving no option for the beings…..than to either adjust to the real ways or be enslaved forever…..

the three keys which can help beings to redeem their sol from this earthly trap are:
1. nature- the play of the kosmos, the real way of living as per the laws, learning the right ways to absorb the rays of the stars and the right frequency to attune to…..
2. wise words- the holy words of wisdom which are spoken, declared and prophesized on this land time & again on this land and what one speaks…..
3. earthly body- the anatomy of the earthly body has to be innerstood properly and realizing the power of this earthly machine than going by the surface & shallow definitions of food, sex and ageing…..

today’s beings must know the very fact that the nature can not lie, beings can continue to interpret or waste their earthly time but, the symbolism in nature would always be loud and clear….. plandemic it self is an example that the corona which is the crown of the wise is projected & presented as virus to fear the masses and same words are used to control-slave the masses thru’ their bodies…..and, the dark forces have almost achieved their goal as only few are left behind, rest who all had been part of the system are already trapped and marked by the beast system…..

“because the man has compromised, the truth is crucified…..”
this is not a new story on this land…..it has happened many times in the past too…..beings are kept away from the real mysticism by controlled Conditioning- Training- Programming (CTP) over last 400 years…..all wisdom is lost about exoterism (body), esoterism (higher knowledge of within) and neo-terism (advance knowledge to ascend from matrix)…..

no wonder, beings today are obsessed with body for food and sex; losing total vitality and knowing no ways or techniques to retain the vitality and mystical techniques too are a far away thing for the kind of unconsciousness beings have developed today….. and, with the wrong definitions of food & sex beings can just think of what is being popularized, sensationalized or what can just be a mere entertainment for the mind than to actually rise…..

innerstanding of the nature is too is a lost dream for today’s beings when aushadhi (medicinal plant) is called a drug and drug becomes a medicine, the whole meaning is lost…..so, when the beings choose to close their physical eyes, the brain too gets close to the physical happenings on the land; only the surface things are interpreted and considered to be the truth…..

misfortune awaits the beings in the near future….. as beings travel thru’ time on earth in the earthly body, the oceanic change awaits to test each being and all would be tested on the scale of time….. not for who knew what, or who accumulated how much, but, who acted in what way in what time for one self…..there are beings who have the potential to unlock thru’ the three keys, they must wake up and there had been who raised in frequency and un-locked but failed the tests of time…..

“it’s a path of rare, rare listen, rare see, rare walk and only rare get through…..”

“spirituality is practicality…..”
one must learn in practical ways and one must pass the test too practically…..theories have not helped anyone…..

knowing about the life of krushna, ram, meera, mahavira, buddha, guru nanak, jesus, prahlad, dhruv, nachiketas; what help would it be, when you can’t live one such life, if given a divine chance….. certainly, not easy when one such tests comes on the scale of time which tests the being just like these higher beings too were tests…..remember, darkness only wins when you fail the test by not following the laws of nature (1st key), by not using the wisdom (2nd key), and, by not raising your body to its highest vitality (3rd key)…..and, its only possible- when you do it for yourself (individualization)….. the very first lesson of mysticism; not by being a borrowed brain…..

“let there be no doubt that I am His son…..”
“as the crown begins to appear in the sky, know that I am one with the divine power…..”