hermaphrodite, a winged god of love and both the sexuality of male & female….. the word hermaphrodite comes from two words joined together- hermes & aphrodite; hermes means active, positive, also called as vitality and masons called it the kosmic fire….. the greek god hermes trismegistus which means the thrice greater active vitality and its also called a the mercurius/ mercury means the first intelligence….. aphrodite, the goddess of sexual love & beauty, the goddess of water, venus…..

and, as the alchemical principle says- “make the fire burn in the water, and the water to feed the fire…..in this lies the great wisdom…..” so, both the principles of fire and water merge together to bring about the creation…..

hermetic anatomy mentions about the two little bodies in the brain which are identical with the living yin yang and in the same way every spirit has a masculine and a feminine nature and, these two can never be dissociated….. even the indian ancient scripts give a direct mention about the real alchemy, which is completely lost today from the okultism and the mysticism as only surface spirituality is considered to be the only way and the when the beings have lost sense of living, no connection with the original scripts, then, the real would certainly be lost at the cost of temporary joys and fun of the days….. thence, there are references to the originals but, what world media teaches becomes the real for serving & nourishing the pampered little emotional minds…..

indian scripts shed a direct light on the original principle of creation called brahma….. the word brahma comes from the root brih which means to grow & expand….. and, this principle has both the alchemies of fire & water, so, it is hermaphrodite…..so is the spirit which is created from this original creator principle…..

genesis too mentions that god created man in his own image, male & female created he them.” which can infered simply that creator god is both male and female….. 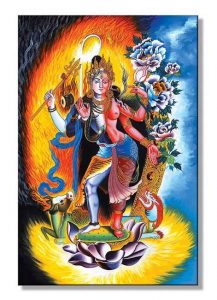 as srimad bhagwatam mentioned that brahma divided itself into a pair of two hermes (dharma) & aphrodite (moorti)….. and, the creation that you see today is based on maithoon of the pair means reproduction or recreation thru inter-course of both the sexes…..sex is a polarization of the body, a manifestation of the spirits one functionality but the original seed of creation in itself is capable of projecting both the hermes and the aphrodite aspect…..

so, the law in kalyug is- “im a being and every one else is a being…..” irrespective of the gender…..

no wonder, even in saankhya, every creation has it’s representative in the visible nature….. similarly, for androgynous principle of creation, nature too manifests in a flower which is hermaphrodite and it’s called brahma- kamal, which means the lotus of brahma….. 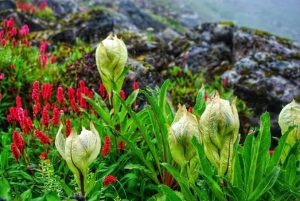 so, any being who will awaken the originality in his existence, who will awaken, whose kundalini arises, whose both the snakes merge together, he/she shall project both the polarities of his/her original creator parent, shall outwardly look like to be a hermes-aphrodite, a balance of yin-yang, masculine- feminine, shiv-shakti etc…..but, that doesn’t bring about any change in the physiology of the being the s/he is born with…..

however, to distract beings, to keep them at a very shallow surface level and to keep them away from the real alchemy as well as original principles, the rulers of the world has produced such concepts and biasness among masses which is further popularized thru’ the mainstream media in last three decades, to keep beings at low & degraded, giving beings a completely rotten view on sexuality and the orientation, where as the alchemical axioms, hermeticism and ancient scriptures speak loud and clear about the creation principles and the original man created…..