“The one who knows the Brahma (supreme consciousness), definitely becomes Brahma himself”
~ Mundaka Upanishad 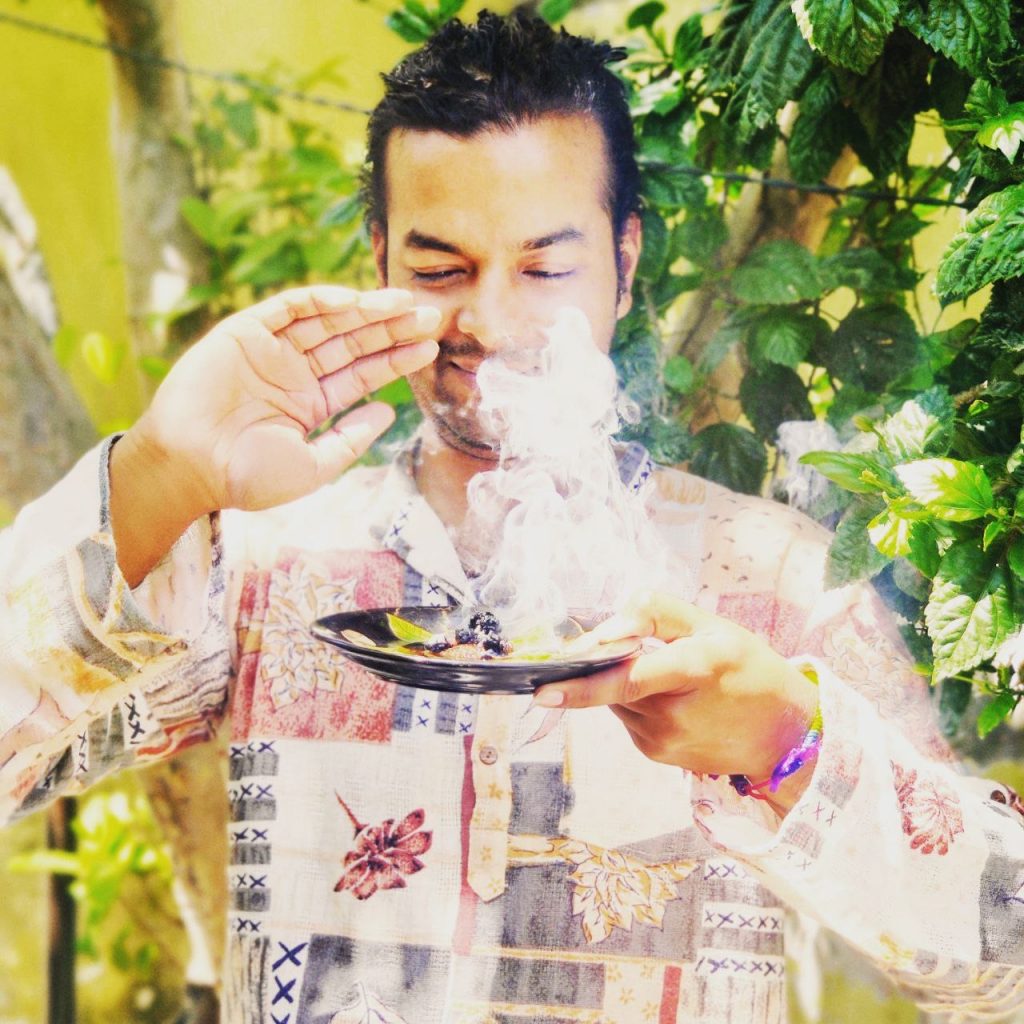 On a thundering storming evening of August 1985, a baby boy was born on the land of five rivers – Punjab in Bharat. Little did the family and the people know then about the spiritual renaissance that he would grow up to write on the face of this planet in golden letters. Vishal – they named him.

As a child, Vishal was quiet, observant, tender, shy and yet always the center of attraction of his family, friends, teachers, and school seniors anyone around him . His exceptional intelligence often surprised people around him, and he started teaching students at the age of seven itself. While on one hand his academic achievements made him shine through college and competitive exams, on the other hand his ability to empathise and connect with people made him the go-to person in all his circles.
But he never showed any spiritual inclination, nor did he know anything about its existence. He was in fact a highly aspirational young boy, doing well in job, wanting to set up his own enterprise, brand loving guy !!

Fast forward to the year 2014 – Vishal still had never had any spiritual encounter, until one night! the night of 13 June-2014, Stressed and spine-broken by various life issues, Vishal was staring blankly in at the ceiling while lying on his bed. The world was asleep. Little did he know that his divine Guru of many births had planned to awaken him up to the remembrance of his liberated, supreme and highest state.
It all occurred just suddenly within twenty minutes. Vishal underwent the highest transformation a being can pray for – the ultimate freedom. That night, Vishal slept forever, and ‘V’ was born.

Everything had transformed the next morning. The vision was new, the world was new, the people were new. There was an effortless undying eternal smile on his face when he looked at himself in the mirror.
But the mystic director behind this show, the divine master of many great masters, the one who had been his Guru for many lives, was yet to come in front of him. Very soon he showed up – with an invitation to come to his cave in V’s dream.
V got his first surprise about his master when he saw his picture in one of the friend’s place. “Omg! He is the same man who comes up in my dream!” – this is all he could say to himself when he saw that picture. Later he came to know, that this world knows his master as “Mahavatar Babaji” – the immortal master, the ever living Yogi, the diamond of Nath Parampara, the master of many masters, siddhas, saints, and spirit beings who have walked this planet earlier.

Nature, Babaji, and the whole existence started to reveal its mysteries one after the other to V. Obviously this was not just by luck. His past lives had revealed themselves to him and he started to realise where all this is coming from. He realised who he was. The dots got beautifully connected. Very soon V met his beloved master in the valleys of Himalaya.
The fully blossomed flower started attracting honey bees from all around the world slowly. People started experiencing amazing healing effects in his presence. The purpose of coming back here became more and more clear. The divine plan for the future started unfolding itself in front of his eyes. The overflowing nectar from his existence started to soothe and quench the thirst of the spiritual seekers around him. And this is how the journey began.

Once in many centuries does this planet witness a true spiritual master. The lineage which V belongs to – the Nath Parampara, and his Guru – SriGuru Mahavatar Babaji, instilled the highest possible and utterly uncompromising ethics of Guru-Disciple tradition in V.
Unlike today’s mass-gurus, V rarely accepts someone as his disciple and initiates them into the divine science of “Kriya” – the technique that Mahavatar Babaji developed for the spiritual progress of genuine seekers of this planet. Being the quintessential of Guru, V has dedicated his full life in grooming up and taking his disciples out of this 3Dimensional world-matrix. His sole mission is to liberate genuine seekers and disciples. He is a master who lives among his disciples, attend to each of them one-on-one, becomes their father, mother, friend, guide…the list is endless !!

V is a storehouse of many vidyas (branch of mystical techniques/knowledge that helps one in navigating their way to self-realisation or liberation). His command over Varn Vidya, Scriptures, Madhu Vidya, Sri Vidya, Dash Maha Vidya, Astrology, Vaastu, Numerology, and various other vidyas that are rare and unheard of is unparalleled. As he often says, a true Guru is the knower of all the secrets this existence could offer – vidyas are a part of them.

His healing presence has not only resolved people’s challenges, but also have accelerated their spiritual growth just through words and presence. In return, he has never sought money, fame, or power – but just one thing – sincerity in efforts of self development. Rare are true masters walking this planet today who are available to their disciples and are free from the strangle hold of mass phenomenon, money, fame and yet live an ordinary life amidst nature . V is one of them – an accomplished Yogi, a Vedic scientist, a divinely ebriated lover, and an ocean of grace.

When the entire world got trapped into the plan-demic of covid in March-2020, his disciple family was well prepared for the play against the dark forces. Speaking openly on the plan-demic while saving the spirit beings from it, he keeps stablishing re-al spirituality, divine world order and sanatan dharma.

“With the arrival of such a Guru, the Earth gets purified” ~ Shishya Geeta