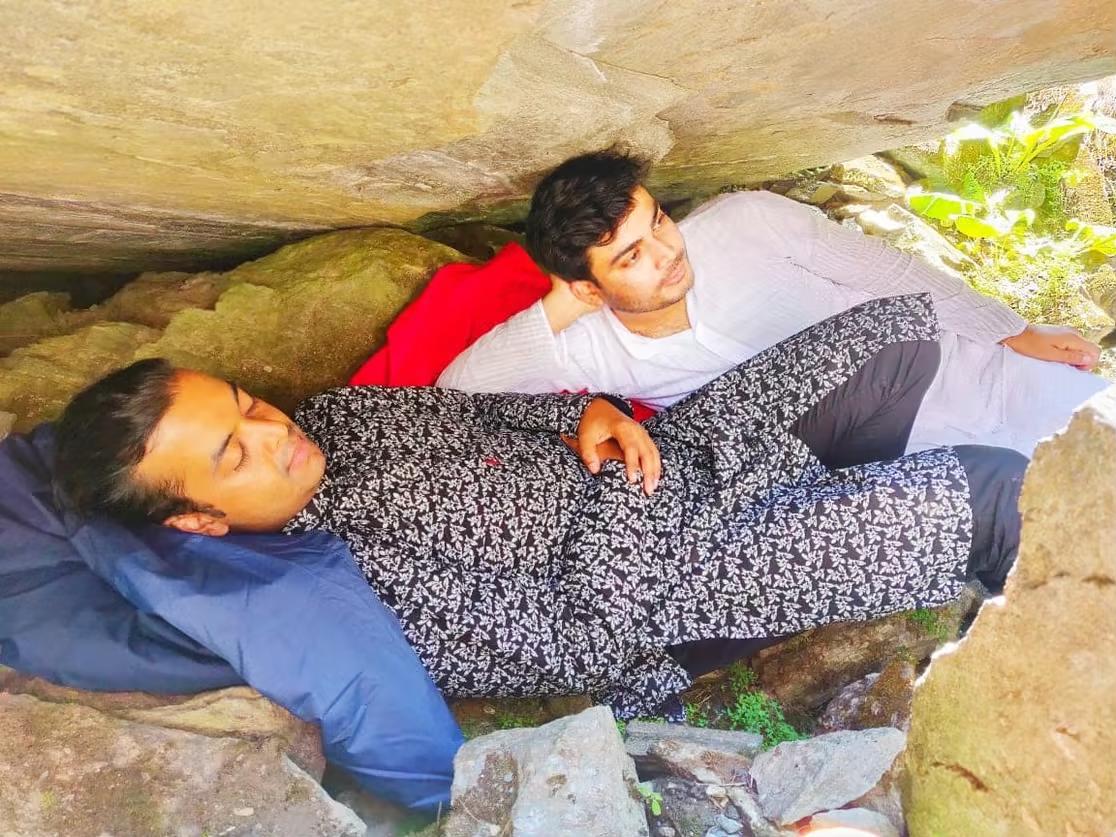 that body, at whose feet i am seen lying and taking shelter, that body – which the vvorld calls V (Vishal SriPaul) that body in vvhich my guru resides – i have seen so much of fullness of such shades being portrayed through it – that i compare it to a screen – hundreds of channels getting expressed through it. i have closely seen those forms!
a child, a father, a mother, a beloved, a friend, the lord, a yogi, a player, a disciple, a guru, an advisor, a singer…..the list is endless.
his presence in my life has been the deepest possible quenching of the thirst one carries.

and every time i have seen him expressing a role, it has been to fullest.

yet, i have not seen something as natural and simple as what that body carries! it’s not just one being in that body – mind you – it is the carrier of all that is.
it has electricity of the highest order. it carries charge and light of the higher planes. it carries fragrance of the heavens.

yet, when lower beings approach that, which resides in that body, they get very easily carried away by the camouflaged sol that is – by the muscle-bone moving matter that lies in front of the eyes.
i have seen all these plays happening, and remain bovved into the lotus feet of the one vvho resides in that body. 🙇🏻‍♂️✨🌺