the visible world today which is designed today in such a reverse way that what is right, what can liberate, what can help one evolve looks completely reverse to what is binding, what is trapping and what is going to drag back to this earthly hell, the plane of suffering….. that’s what had been the pattern of the beings or the pattern that the beings are trained and kept into, in order to keep them as in the earthly continuity as, more one running behind the time and the similar patterns, so they shall be falling into the same plane of existence….. 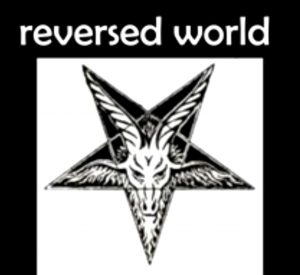 that’s what happens with the alice (in alice in wonderland), when she runs behind the white rabbit holding the time and screaming, it’s late, and she follows the rabbit and falls into the hole…..and, enters a mad reverse world, which looks a wonder land, a land where everything is opposite to what it should be….. and, she keeps asking the white rabbit- “late for what…..”, and, that’s what this earthly mad world impresses upon you, that run with time, run, run & run, keep running as you are late….. and, no wonder, it’s a completely mad world….. a reversed wonder land, which the forces have designed in a way where you are completely controlled, mesmerized and you keep running opposite to what it you should be….. 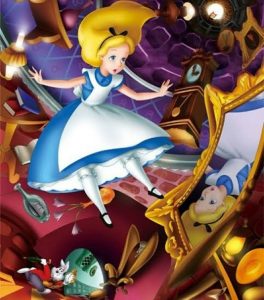 any master, any world teacher who appeared in this earthly matrix were never innerstood while they were there speaking and the whole population was completely against them, that too to the extent that they were here to break open the gates of hell for them and, people killed them, crucified them and afterwards, they were worshipped….. must be the play of the multiple time loops over people that they do not innerstand in time and thereafter nothing can rescue them from this darkness…..

it’s a very depressive state of affairs in this world that you shout, scream, speak and keep telling them about what hell is being prepared for them here but, none innerstand but at the same time, words are mocked upon, called names, abused but, this doesn’t really matter…..what matters is what has to be done for ones bearth…..

what is not innerstood today, shall be innerstood tomorrow as what master does and speak of is, is from future and future unveils everything what is not realized today….. for a similar episode occurred in this time loop, where the okult practice which can elevate the real spirits were battled upon by the dark forces and the beings whom were/are/will always be loved and very closed my sol were swayed away from the exit….. but, future is about the kul, the o-kult which is the real sense of living in this matrix….

today, when the world today has been taught that o-kult is tantra and tantra is given an image of black magic or something performed with skulls or blood or with pyre ashes, which is completely reverse to what real tantra is….. tantra is about ones tan, which means body and as one advances one explores to master the earthly body in order to master the earth element which is the root element here, and no wonder, root center represents the earth element….. so, any discipline one practices for handling one’s body (asan), to take charge of it, the hygiene measures (shauch), to maintain a diet (bhojan, aahaar) etc. these all are the beginning steps to tantra only and these are the beginning steps in okultism…..

but, the origin place of all the sacred knowledge of tantra, the land of kul-parampara, the place where this elixir of celestial knowledge has flowed abundantly, bharat, has completely lost it and the jesuits, inquisitions reversed everything…..

you call aushadhi (medicinal plants) as drug, which is nature and the real medicine and it has to banned, kept away from people but, what you call medicine for the diseases, you take it yourself from the drug stores….. what a play of reverses…. but, im sure another decade passes and all spirits will rise together and the lost knowledge shall be spoken by all spirits in the same spirit, it has to be…..then, all will know what is the value of kul, okult and the real knowledge….. no spirits will fight among themselves but, against the dark forces….. love shall be innerstood in its real sense….. sanatan, the real laws will be ruling this matrix…..

my heartiest love and humble apologies goes to each one of those beings who had been and are associated with me or connected to me, whom ive loved immensely and will continue forever because no force can wither that love, no time holds that capacity to shake my stand for each one of them, as i stand firm in love, come what may occur around in the physical reality…..as its all a mere play in the time loop….. but, all spirits must free their selves from hatred, anger, guilt, fear, shame or any such emotion which shall keep them stuck in this time loop for eternity and strive to do in the best of one’s spirit, to break the matrix, to escape this simulation….

keeping you all forever in my heart, may all rise in love & be free….. 💜
guru krupa hi kevalam…..