april is the month when the major celestial events are taking place and jupiter- saturn double transit is also happening in this month…..whereas jupiter has already changed it’s sign from aquarius to pisces, now biggest transit of the year is going to occur….. saturn, the star of judgement & justice is going to enter the it’s on mool-trikon sign aquarius on 29th april….. 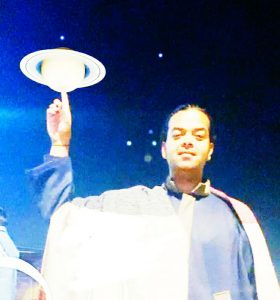 saturn is the lord of the rings, he is the ring master, he is the deliverer of judgment and he is the one who brings structure to everything on the earth plane and at the same time, it’s saturn only who stands at the door of this earthly reality in order to keep a check, which spirit should be allowed to be free from this plane of sufferings…..

being in capricorn, saturn has delivered judgement to the masses through earthly body and earthly matters viz. plandemic, structure of law and order, matters related to food…..world has witnessed all of this being orchestrated at the world stage, now, saturn shall be transiting to aquarius, the sign of celestial waters & celestial knowledge…..while in capricorn, saturn brought out the matters related to earthly structures in major fields out and brought all spirit’s attention towards it and an urge for change was created among masses…..post two years, from 2020 to 2022, beings got to realize the fact that there is something wrong & false in this reality and, even the real face of spiritual organizations & the so called gurus sitting on bigger thrones too came out, in front of the masses that how they have fooled and led masses to be in this hell and pushing them to more deeper hell…..

beings were put to test, for their choices for earthly matters and earthly body….. but, it’s yet not over….. although, saturn will be moving to aquarius, but, it’s a short transit like a smaller vacation in aquarius, where it will trigger certain matters and then, it will again move back into capricorn to close the pending tasks which it started in the last two years, before it takes the aquarian tasks in hand…..

as saturn enters aquarius in the nakshatra dhanishtha, ruled by mars having symbol as damaru, shiva’s two headed drum…..the divine beats, the drum is already thumped, for beings to wake up…..its like the judgement trumpet which is blown, to wake up the dead spirits…..in aquarius, saturn will bring attention to the real celestial knowledge and the real gains during bearth time….. aquarius is the 11th sign, the natural 11th house, which indicates the gains from the actions as it’s 2nd from 10th…..what all actions beings have taken in the past shall bear fruits now and saturn here, from 29th april till 4th june, it shall trigger being’s attention towards the real knowledge which shall be liberating and it shall drive a demand in the beings to rise towards the righteous as no more the beings shall be kept or pushed in the darkness of spirituality or religion by the organizations…..

saturn is ready to deliver judgement to the past actions, whether the beings acted intelligently or just went with the flow of the masses, as the judgement is individual and so it shall be on individual basis, not on group basis…..those who subscribed to the ancient wisdom shall have more pleasing results, however, for the rest, it shall be a mass grind…..whatever one has gained, accumulated and gathered, would be put to test whether paper money, earthly things or even the bookish information…..nothing will be of any help as it’s the test of one’s intelligence, whether against all odds, one is able to stand firm in divine laws and chose divine or just a test and one choses the man created system & structure…..

“conflict & chaos is a sign of being off-centered…..”, who choses what as center would define the judgement result as the trials in the earthly court are on…..

on the earth plane, saturn will bring being’s attention to the earthly faulty and false education system which has taught the false subjectified knowledge to the children so far, just to make them a fit in the worldly slave system…..and, the time has come when the matters related children & guardians have to take stronger decision for their children…..and, on the higher plane, saturn is going to make spirits awake & aware of the false organized spirituality and beings shall come out of the mass spiritual system, all so called teachers & masters shall be put to question, giving beings another chance to think wisely and act…..in aquarius saturn, will trigger all these actions in this short stay but, as it retrogrades back to capricorn part of dhanistha, it will take the earthly matters again in it’s hands…..

another round of trial shall be carried out on beings, to test their ability to take right decision for their body and for land…..one more period of lockdown shall happen and boosters & few more doses shall be introduced to the world, to check whether they comply with the controllers or they have their own choice for their body…..

beings must leave the sense of competition, comparisons & conflicts and all good spirits must come together in love and take righteous decisions for the upcoming earthly times…..

wise beings will fokus on their self and work for their own evolution, whereas, the fools will still continue to ride the lion of their own fake ego and thence, fall in the upcoming times…..more & more change is upcoming….. either do or do!!!