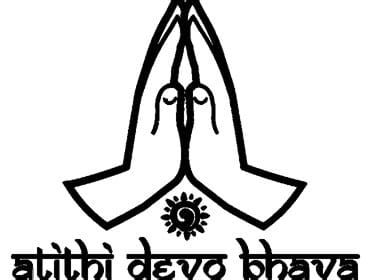 In Bharat, there is this beautiful saying- “atithi devo bhav”, which is majorly used with regard to hospitality. This implies that the guest (atithi) is a light being (devata).

Atithi (अ- तिथि) means without schedule/date whereas the word devata comes from the sanskrit word divu (दिवु) which means light giving. त- कार implies to bring down. So, the saying atithi devo bhav implies the light giving being who has arrived without schedule. This is not only a simple saying but it hold a great revelation about the beings who are guests and have fallen without the schedule. With the humanity consciousness going deep into the states of unawareness, the real significance are lost and this saying began to get used for every guest arriving in anyone’s house.

However, in this earthly reality, the light beings who are fallen from the higher planes of existence (referred as lokas in bhagwat), they are the guests here and that implies there are beings who are residents of this earthly plane ot have ascended here from the lower planes of existence (lokas). Just like the guests are served, the devatas born in this reality are also served with all amenities and pleasure giving facilities and allured by intercourse partners, food, brands, money, fame, authority, popularity, possessions etc. making them forget the divine path of the lord and the divine knowledge. They are served with all this to keep their eatheric energy (soma) intact here on earth while trapping them in the endless cycle of births (जन्म चक्र).

The light beings are rumoured just like asuras were rumoured at the time of sagar manthan and all devatas drank the nectar of immortality (अमृत). So now, the devatas travelling earth are rumoured in their mind by the pleasures and get trapped on this earthly physical plane. The rumoring of the mind functions as hypnotism (सर्वभूतानि सम्मोहम सर्गे यान्ति परंतपः- भगवद गीता) and because of this hypnotism, the desire is created and the being continues to think about the pleasure again & again while forgetting all the remembrance of the lord. Then, at the end of life (while leaving the physical body), being falls again here on this earthly plane to consume the similar pleasures.

The reason why devatas get trapped into pleasure is because of their two divine qualities, which are the coherent nature of all higher planes (lokasabha): 1. to remain in the bliss state 2. love.
Hence, the light beings strive to remain in the bliss state and get trapped in the allurements which give temporary pleasure and love is rumoured by attachment and emotions of earthly character which is projected thru’ all temporary relations/objects including body which would be left on earth once the being leaves the body.

But, the sincere spiritual seekers must ponder over the fact around the saying atithi devo bhav that the guest might take rounds and rounds of any place but the guest has to make the efforts to return to his homeland, the land of the lord, the heavenly abode of divine and the perfect state of existence. Because, the guest can continue to live as guest until he is allured and trapped by his own desires of earthly nature.