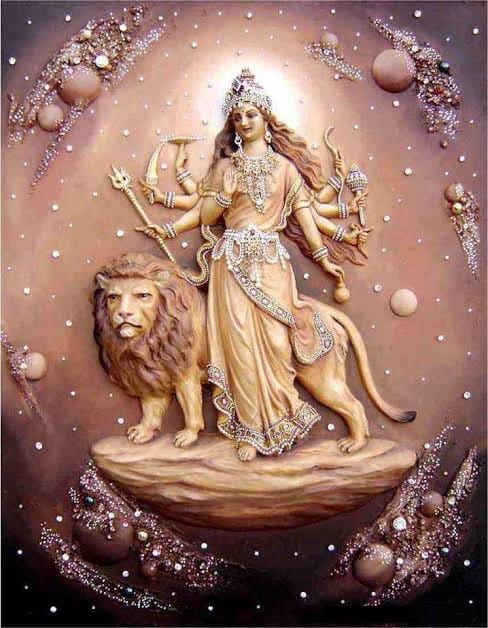 Happy Navratri-5
Devi is described in the mahatmay as a female which is glorified with a beautiful face, jeweled body, a stone-studded head gear and with all right hands equipped with different weapons & ammunitions. This must not conflicted in the mind that she is the female but the point to understand is that shakti has no gender but it’s a way to explain the beauty of that energy of creation, sustenance and destruction which is even working inside Brahma, Vishnu and Mahesh.

The Rishis gave these indications in the form of a female as woman are an epitome of beauty and strength for creation as well as sustenance: creation of a new life and for sustenance of children & family. At the same time, she has great courage to overcome all demonic energies. Her courage is such that even Shiv is nothing if there is no Shakti. From one human to another, it’s shakti sees the shakti. The energy reflects to energy. But, when shakti gets distorted while reflecting through sense perception, the conflict begins. But, Sadhna under a worthy preceptor takes one out of this distraction.