❤🌟My Encounter With Mahavtar Babaji🌟❤ 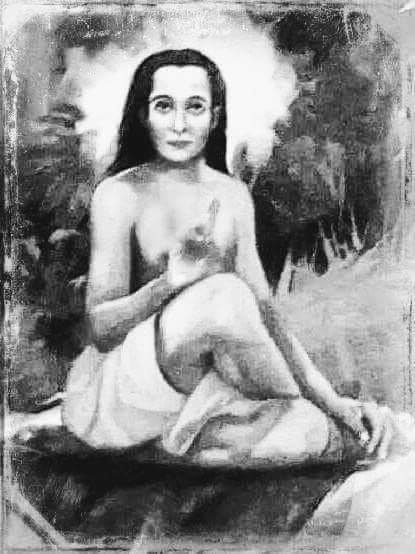 The journey which was given to me. It was not the journey I chose and not i was anyway aware of it. Neither I heard about anything spiritual or meditation before this and nor I hear of Baba till I saw him first in 2014 after my first encounter of Chitta Shakti.

It took me 3-4 months roughly to settle the whole process in my life but the changeover was sudden. I might be academically good with degrees but I’m not a trained person or well-read person, all I got from baba in the form of experiences and that’s what I have to spread among all.

On the journey, many people joined, many parted way because of few worldly reasons, which I feel are the part of journey. But, I never spoke or shouted anything other than the truth. I never gave reasons to people, because my path is not to hurt anyone but not to keep the truth under wraps too.

When I first saw baba, it was his dusky skinned face with wheatish complexion wrapped in a sun bright halo wearing a lion cloth, holding a kamandalu in his left hand and a yog dand in his right hand, long dark hairlocks falling on his forehead, some on his shoulders and flowing on his back. I can never forget his dark yellow snake eyes and the radiance on his face. This was the first time I was seeing such being that too without any fear, rather I was peaceful wearing a smile on my face.

When I started with the very first initiative of connecting with people and spreading the word of love & meditation: that time it was a very small family and I just visions of Baba, not even aware of his name. The visions were very clear but i could never realize that his teachings will give a different shape altogether to my life and I will walk on this path like this.

After walking this path for almost 2 years, I had my very first experience with Baba. I was already gone deeper into my sadhna and the only thing required was a guru, not in the today’s worldly sense but a being, a parent who can hold my hand and help me walk the path further.

In the first two years itself, I was experiencing celestial energies, other beings, their presence, communication, their messages and lot more but still there was needed a guru for the final stroke. And came baba.

I had different conscious experiences in the wakeful state about various states of our existence; waking, dream, deep sleep..the encounter with baba was in the total dream state. It was an experience because I was fully aware of my body on the bed, myself in the dream and experience the encounter. I was witnessing standing out in the space all this. And, baba invited me to visit cave in Himalayas. That’s what was required as a final nail in coffin.

Then after, my life continued and i got my guru; Mahavatar Babaji, whose name i got to know while i visit one our nearest place with a friend and I saw baba’s picture for the first time.